Shirburn Castle is a beautiful historic building that was built in 1378 in the small town of Watlington, 7 miles outside of Oxford.

At Abbey Roofing, we were contacted by the owners of the castle, Beechwood Estates, in order to assist with the roof repairs. Our first phase of works were in 2008 to reconstruct the North East Tower we then returned in September 2012 to undertake work to reconstruct the North West and South West towers, our third phase was in June 2013 – February 2014 (see attached photos) Being specialists in historical buildings, we jumped at the chance to help and so, in our latest blog post, we decided to take a look at the history of the building in a bit more detail.

The castle is now in the ownership of Beechwood Estate, the castle itself is a Grade I-listed building and consists of four towers and a gate house which is all surrounded by a moat – a typical design used when creating castles around the time period.

The castle itself also has an inspiring on-screen career having been featured in several television programmes over the years including Inspector Morse, Poirot and Miss Marple. After being contacted, we at Abbey Roofing have spent several weeks on location in two separate visits in order to secure the roof and make sure the castle remains safe. We thoroughly enjoyed our time working on Shirburn Castle and are happy to have helped contribute to the ongoing maintenance of such a beautiful historical building. 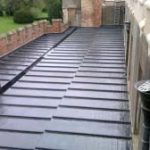 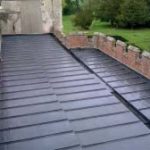 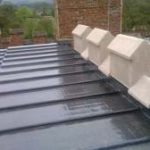 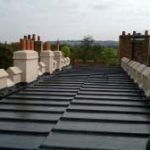 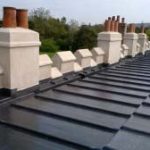 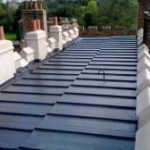